Notice of Election and Notice to File for Candidacy. An election for the Texas Silver-Haired Legislature has been scheduled for April 26, 2019. Interested parties in filing for candidacy or individuals eliglble to vote can find additional information including ballots and official candidate petition forms by downloading the 18th TSHL Election Kit
✕

1What is the Texas Silver-Haired Legislature (TSHL)?
The Texas Silver-Haired Legislature is a non-partisan legislative organization formed by authority of Senate Concurrent Resolution 37 and adopted by the 69th Texas Legislature in 1985. Since that time, the TSHL has worked tirelessly to address issues of concern to the seniors of Texas by having town hall meetings and participating in other statewide meetings with other collaborators on senior issues. Since 1985, over 600 Texas senior citizens have served in the TSHL from the 28 Area Agencies on Aging located in Texas. Members include educators, lawyers, nurses, doctors and other healthcare workers, former legislators, financial advisors, law enforcement, retired military, insurance agents and many other fields.
2What are the goals of the TSHL?
3Who coordinates the TSHL elections in Texoma?
The Area Agency on Aging of Texoma, which is housed within Texoma Council of Governments (TCOG), coordinates the TSHL election process in the following counties: Cooke, Fannin, and Grayson.
4Who can be a candidate for the TSHL?
A candidate for the TSHL must meet the following criteria:
5Who can vote in TSHL elections?
A person who is a registered Texas voter and 60 years of age or older on the date of the election may vote in the TSHL election held for the AAA district in which the voter lives.
6Who are the current TSHL representatives for the Texoma area?

7When is the next TSHL election?
TSHL elections are held on the fourth Friday of April. The 2019 election will be held on Friday, April 26th.
8Does the TSHL have its own website?
Yes. To access the website, please visit www.txshl.org.
9How do I get more information about the TSHL for the area covered by the Area Agency on Aging of Texoma? 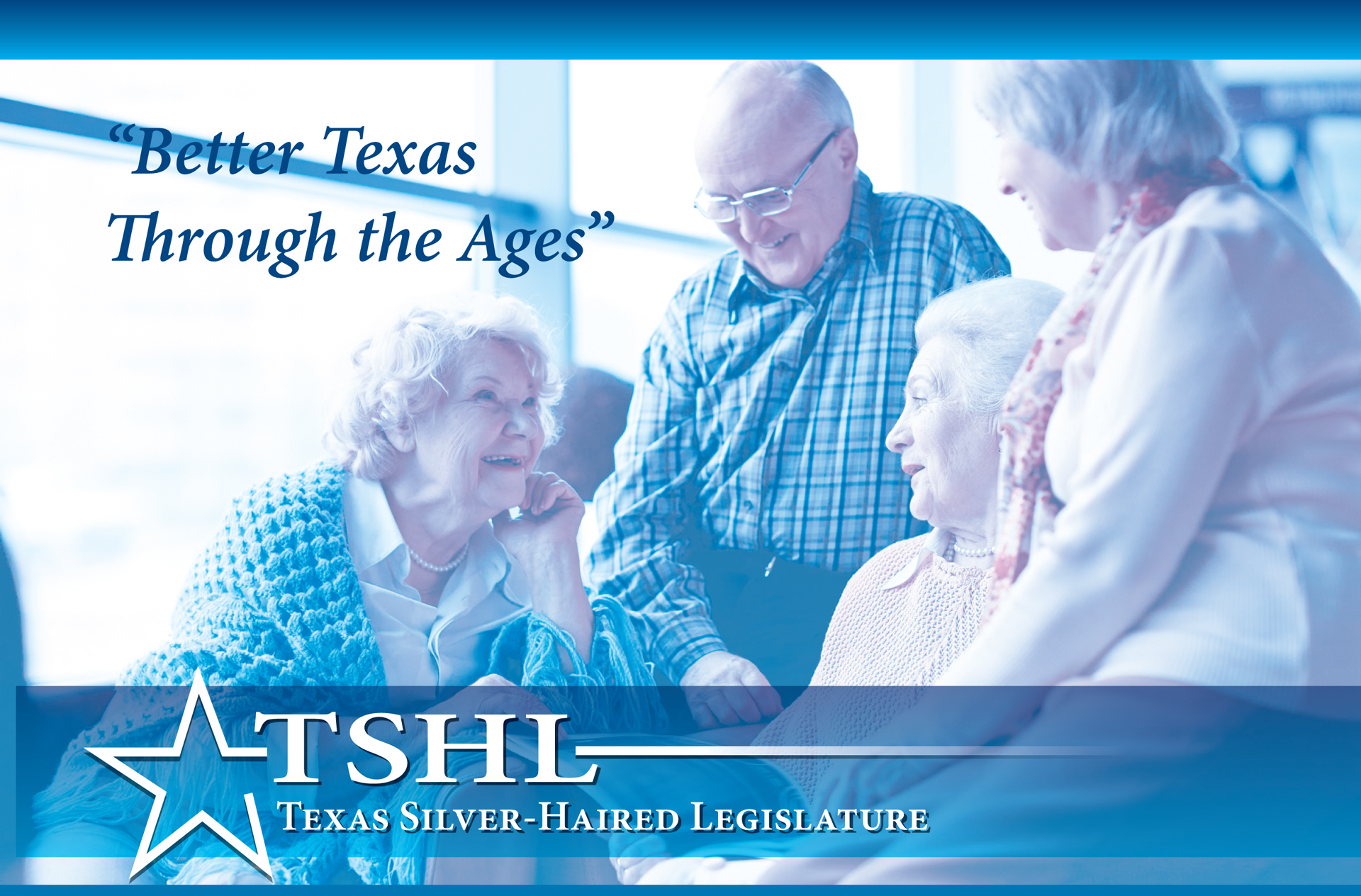 Better Texas Through The Ages